In 2008, I was fortunate enough to spend a few months living and volunteering in the far north of India. In this desert community, there was no running water, no electricity and no beds; everyone slept on the floor of their hut. Despite the fact these people had very little to call their own, I was continually blown away by how happy they were.

It was this experience, and subsequent post graduate studies, that led me to some pretty simple conclusions about the things that we need to be doing here in Australia and New Zealand if we want to be happier. I learnt from this village that practicing Gratitude, Empathy and Mindfulness leads us to a happier more fulfilling experience. Once I discovered these three principles were also evidence-based, I decided to share these simple and highly effective wellbeing strategies in a program for schools. Ten years on, having worked with over 1000 schools, it turns out it wasn’t just schools that wanted to hear this message! I am grateful to work with teachers, students, parents, workplaces, community leaders and sporting clubs every day. 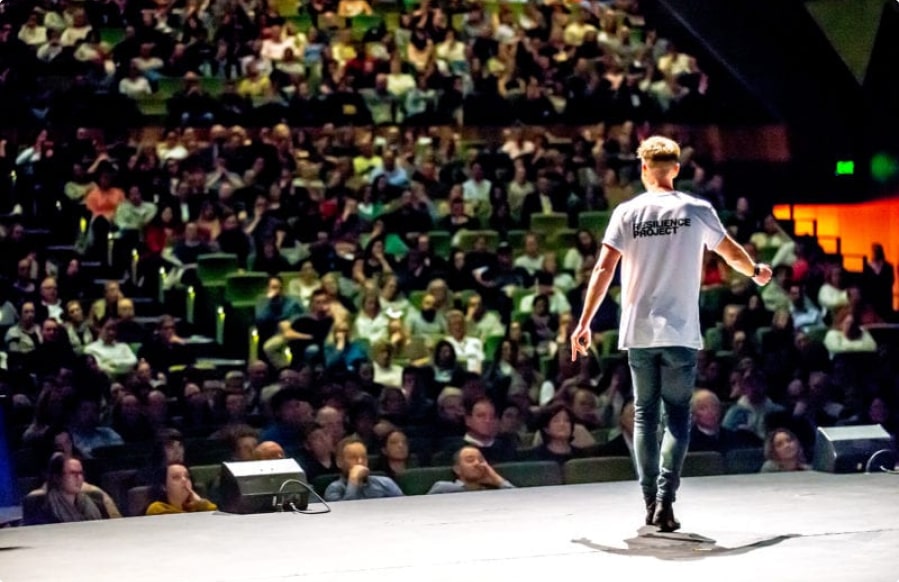 We are proud to partner with Tania Dalton Foundation to support health and wellbeing across New Zealand.

Through presentations, school curriculum, the The Resilience Project App, and Wellbeing Journals, we share the benefits of Gratitude, Empathy and Mindfulness, and easy ways to practise these in everyday life. We also incorporate Emotional Literacy, Connection and Physical Health education and activities as they are foundational contributors to positive mental health.

Who have we reached?

Over 1000 Schools
1,000,000+ people across Australia, New Zealand and the UK
National Australian Cricket, Netball & Soccer Teams, and all NRL clubs
Over 500 workplaces 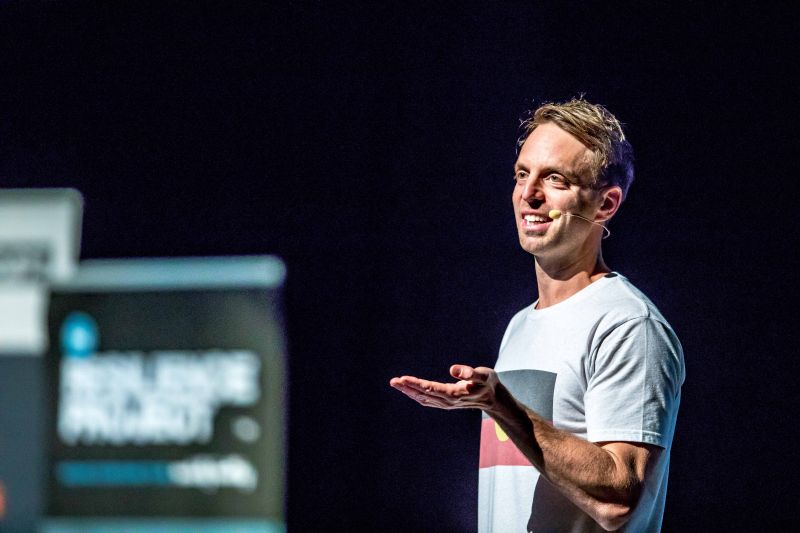 Hugh has been working in education for over 15 years, teaching both primary and secondary in a range of educational settings. The highlight of his teaching career was the year he spent in the far north of India volunteering and living at an underprivileged school in the Himalayas. It was here that he discovered resilience in its purest form.

Inspired by this experience Hugh returned to Melbourne and commenced working on his own program for schools. ‘The Resilience Project’ was born. Having completed his post graduate studies, looking at resilience and wellbeing, Hugh has developed and facilitated programs for over 900 schools Australia wide.

In 2015, the National Rugby League asked Hugh to run workshops at every club in the competition. Since then, he has worked with the Australian Cricket Team, the Australian Netball Team, the Australian Women’s Soccer Team, The Jillaroos and 10 AFL teams. Beyond the team environment, Hugh has been lucky enough to work one on one with individuals such as Steve Smith, Dustin Martin and Billy Slater. He currently works closely with the Port Adelaide Football Club.

In addition to his work in schools and elite sport, Hugh has presented to over 500 corporate groups as a keynote speaker and developed comprehensive programs for a range workplaces across different sectors.

Hugh is a best selling author and co-host of the popular podcast, The Imperfects. 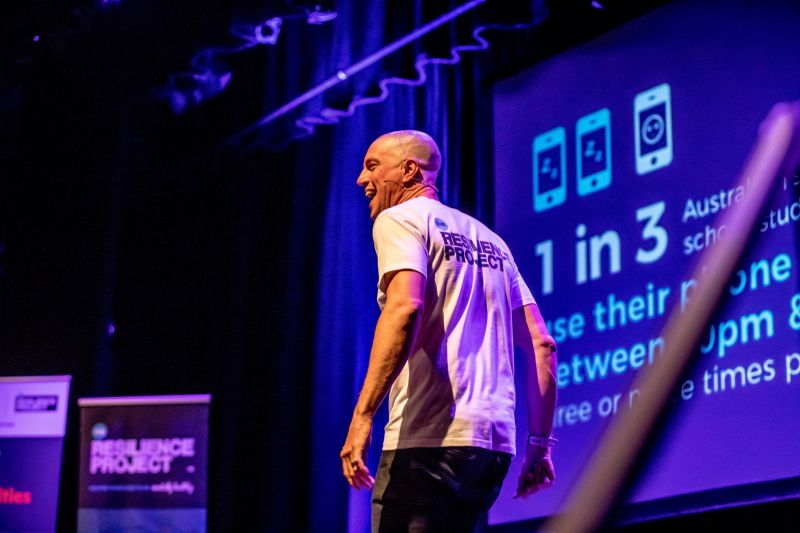 Martin’s background is unique. He spent a considerable amount of time growing up in Borneo living with a Dayak headhunting tribe. He was also educated in different parts of South East Asia and has been heavily inﬂuenced by the morals and values that he and his family were immersed in whilst living with the Dayaks.

After ﬁnishing high school in Melbourne, Martin spent 6 years in the AFL and SANFL systems playing for the St Kilda, Melbourne and Norwood Football Clubs. Following this, he travelled the world backpacking for nearly 3 years. Upon return to Australia, Martin studied primary teaching at Melbourne University. After completing his degree, he taught 1/2 and 5/6 year levels for 4 years before being promoted to Assistant Principal at Auburn Primary, where he focused on Student Wellbeing, Educational Leadership and Change Management.

After 4 years as Assistant Principal, he joined The Resilience Project. Since 2016, he has conducted over 1,700 presentations across Australia to key stakeholders at schools and their communities, corporations and elite sporting organisations including the AFL, NRL and the A-League. He is currently working with the Hawthorn Football Club.

He especially enjoys situations that present challenges and require an optimistic focus to address. He is passionate about children being raised in a supportive and encouraging environment that evokes self-conﬁdence and a zest for life. His presentations are original and energetic. 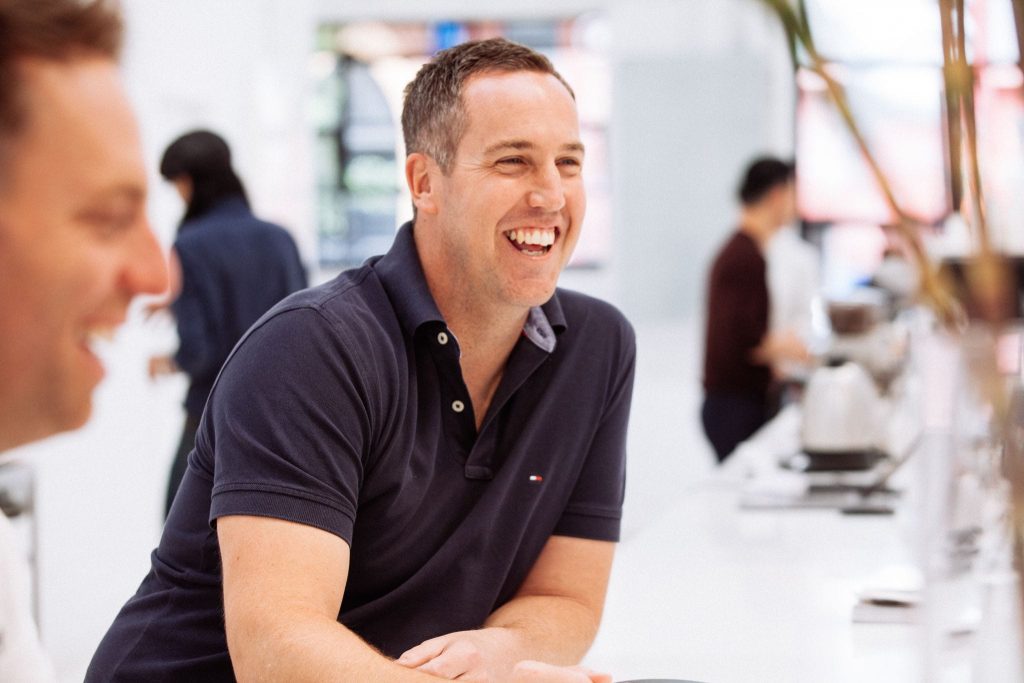 Ben joined TRP as General Manager in 2017 and was excited to have the opportunity to positively impact the wellbeing of young people and school communities all across Australia.

Prior to joining TRP, he was an executive at SEDA Group as General Manager Marketing & Communications. Throughout his time at SEDA, Ben played a lead role in seeing the organisation grow from 160 students to over 2000 students nationally. Ben has also held a broad range of senior leadership and executive roles throughout his career in the education and sports industries including teaching, educational leadership, student admissions, marketing and communications.

Ben has a genuine care for people and is passionate about helping them to achieve their full potential. 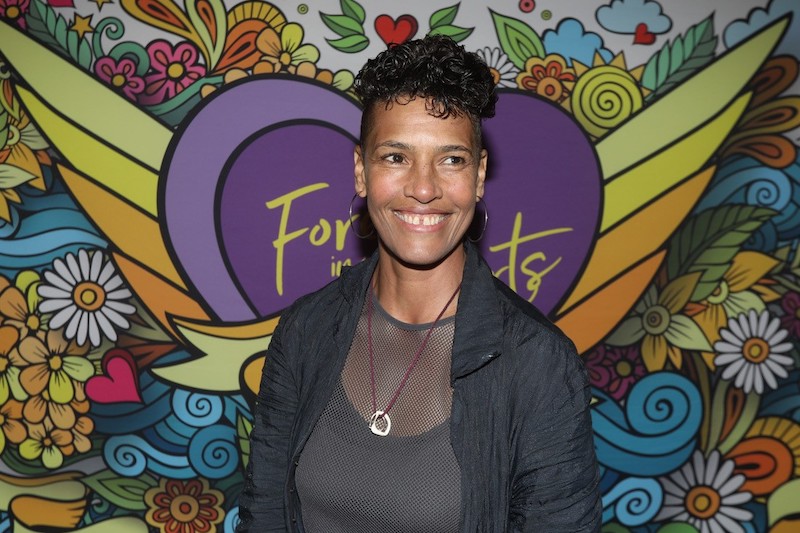 Georgie originally qualified as a Physical Education, Health and Special Needs teacher and spent much of her teaching life working in London schools in the UK. Student wellbeing has always been high on her agenda, and she was deeply entrenched in developing student self esteem and leadership experiences through the Duke of Edinburgh Award Scheme.

Her drive for personal excellence is evident in a sports career that spanned twenty years of international netball and then rugby union, including six world cups and the honour of captaining the Wasps and England Rugby teams for many years.

She has always enjoyed the freedom of coaching and impacting young people through rugby, athletics, and netball with a special interest in helping people who have been injured or sick, to find their way back to sport, physically and mentally stronger than before.

Georgie is driven to help young people and our teachers deal with tough times by sharing the research and amazingly simple tools that help to live a good life. Spreading the TRP message in New Zealand is a major part of that ambition. 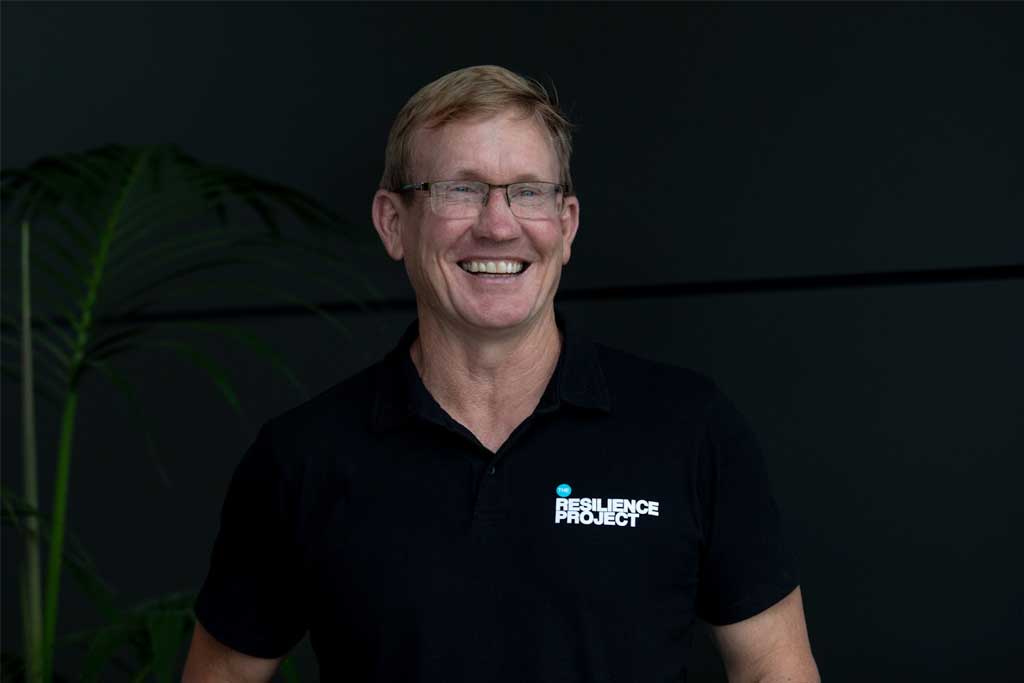 Following stints working in the advertising and FMCG industries, Ant went on to complete an MBA at Dublin’s Trinity College. He and his business partner then established a consultancy practice, providing marketing and strategic solutions to companies across a diverse range of industries.

Several senior management roles followed before Ant made the move into the charitable sector, as General Manager of First Foundation (2009-2015). For the past decade plus, Ant has been driven by a clear purpose – to use his time, talent and treasure to positively impact the lives of young New Zealanders. During that time he has supported a wide range of youth orientated & community organisations. Ant played an integral role in the establishment of the Tania Dalton Foundation in 2017 and the launch of The Resilience Project in New Zealand in 2020. 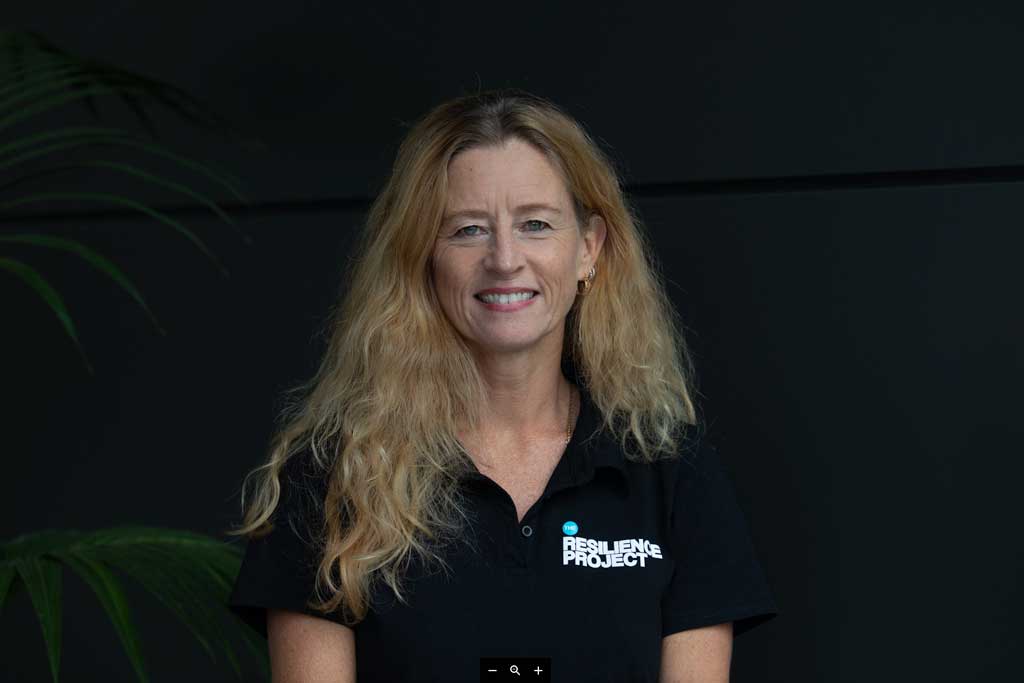 Kathy spent many years working in the fitness industry after completing a Masters Degree in Sports Psychology. Alongside this she has always been committed to the well-being of primary aged children, creating a children’s running club which she has led for eleven years. She takes group fitness classes at schools, and runs a neighbourhood bootcamp open to the whole family. The key message in all of these activities is simply to have fun, and feel great.

Kathy has been involved with school governance for nine years, chairing Boards at both a local and regional level, and is dedicated to ensuring the very best life and learning opportunities are available to all New Zealand children. Kathy is excited to now be in a role where she can tie together her key motivators: Children, Well-Being, and Education – in the form of The Resilience Project

LEARN MORE ABOUT US